Professor Rachel Hall’s collection of linked stories, Heirlooms, has been selected by acclaimed poet and novelist Marge Piercy for the 2015 BkMk Press G.S. Sharat Chandra Prize. The book will be published in 2016. Stories from the collection have appeared in Bellingham Review, Fifth Wednesday, Gettysburg Review, and Water~Stone Review.

Tegolin Knowland and Sean Coyne of the Curlew Theatre, Tullycross, Ireland will perform Eamon Grennan’s adaptation of John Millinton Synge’s The Aran Islands: A Dramatic Recital for Two Voices on Friday, April 10, 2015 at 7 p.m. in the Geneseo Riviera theater. The event, which is free and open to the pubic, is sponsored by the departments of English and History at SUNY Geneseo.

Between May 1898 and October 1901, John Millington Synge, a Dubliner, spent just under four months (accumulated over four separate visits) on Inishmaan, the middle island of the three Aran Islands lying off the West Coast of Ireland. From the diary and notebooks he kept while there, he composed his travel book, The Aran Islands. Eamon Grennan (well known Irish poet) has taken a number of fairly representative moments from The Aran Islands and turned them into a kind of collage to represent as much as possible what the book is like and something of its flavor. It is partly a romantic lyrical evocation of this wild place, partly a series of anecdotes, partly an almost anthropological study of the people’s lives, their habits, their folk-tales and so on. First performed at the Clifden Arts Festival in Western Ireland, this dramatic recital offers American audiences a rare opportunity to experience the fine work of Ireland’s Curlew Theatre Company.

For many of the students who attended this year’s convention, titled “Borderlands and Enchantments,” it was their first time participating in a conference where they were allowed to interact with critical and creative writing from college students around the world. The experience allowed students “to gain valuable connections throughout the conference, [and become involved in] discussion with other panelists, who brought new ideas and theories to our conversations,” said Senior Ellie MacWilliam. Students attended a variety of panels and roundtables on topics such as post-colonial literatures, Modernism, Transgender and Bisexuality in Young Adult Literature, critical theory in film and television, and XML text encoding in music and literature.

For junior Michelle Mundt, being involved in panels surrounded by her college peers gave her the opportunity to learn “a lot on how to present a paper and question my motives in writing. I also enjoyed being able to listen to other students’ presentations and gleaning from their knowledge on different subjects.” Attendees also listened to presentations from acclaimed authors such as Simon Ortiz and Leslie Marmon Silko. Senior Rebecca Miller found Silko’s reading “the most memorable part about the conference. . . . The conference was educational and expansive, and overall a great way to spend spring break.”

The Geneseo students were awarded two first place honors, along with the Best Convention Paper. Senior Ben Wach won the Critical Essays in Theory category and Katie Waring won the Creative Non-Fiction category, with Katie’s essay, “Transdifferentiating Cells,” ultimately named top piece at the convention. Throughout the conference, the students supported each other at the panel presentations. Senior Lucia LoTempio said, “It was definitely enlightening to make new connections with my peers and to experience the fruits of their work at Geneseo. I was consistently (though not unexpectedly) impressed with the insightfulness and intellectual difficulty of each Geneseo student’s work, whether it was critical or creative. It made me especially proud to call myself a member of the Geneseo community!” Students in the Creative Writing and Literature tracks were able to come together: “It was an honor to be able to have presented both a critical paper and a collection of poetry at the conference an experience that I was extremely lucky to have had,” said Senior Erin Koehler.

The Geneseo English attendees at this year’s convention unanimously agreed on the value of taking advantage of the opportunity that Sigma Tau Delta offers students. This convention allows students to expand their knowledge of other work happening in both critical and creative fields across the world. As Senior Sean Fischer noted, “Hopefully more students can see how successful the group that attended this year’s conference was and begin working on their own research projects or creative writing collections to submit for next year’s conference!”

See more photos from the conference.

On March 28, Connor Valvo, a senior English major and pre-service Adolescence Education student, presented at the Literacy Essentials professional conference in Connecticut. Connor presented both a defense of harnessing non-academic literacies in the high school classroom and a worked example of mapping his ninth-grade students’ fluency in arguing about hunting onto arguing about Renaissance artists. Connor’s argument gains urgency from its application to York Central High School, where the poverty rate is twice the national average and many students have particular difficulty imagining the relevance of academic work. Connor gained his experience at York while participating in ENGL 488: The Practice of Writing, a SUNY Geneseo course taught by Prof. Gillian Paku and funded by a SUNY C-TEN grant with the goal of engaging Education students with their local communities.

Sean Neill, a double major in English and French, will present his paper “Liquid Spectatorship and the Poetics of Immersion in Contemporary Documentary Film” at the third annual undergraduate conference of the Society for Cinema and Media Studies, to be held at Smith College, April 24-25, 2015. It’s one of the most prestigious film studies conferences in the U.S.

The Society for Cinema and Media Studies is the leading scholarly organization in the United States dedicated to promoting a broad understanding of film, television, and related media through research and teaching grounded in the contemporary humanities tradition.

SCMS encourages excellence in scholarship and pedagogy and fosters critical inquiry into the global, national, and local circulation of cinema, television, and other related media. SCMS scholars situate these media in various contexts, including historical, theoretical, cultural, industrial, social, artistic, and psychological.

This Saturday, September 13, The Rochester Visual Studies Workshop will host the second annual Pub Fair from noon to 7 p.m. in the VSW Auditorium at 31 Prince St. in Rochester.

Rochester Writers and Books will present Litsplosion at the Pub Fair, bringing together award-winning writers, emerging voices, regional talents, and local beer in its celebration of book arts.

SUNY Geneseo’s journal of SUNY-wide peer-reviewed creative writing, Gandy Dancer, will have a booth at Pub Fair. Hope to see you there!

Introducing five emerging British poets, Prof. Smith argues that “The dynamism and excitement of British poetry emerges from its internationalism, its reckoning with a world beyond (and, strikingly, inside) its shores.”

Rattapallax #22 is available as a download from the iTunes store. You can read Prof. Smith’s introduction to the feature here. 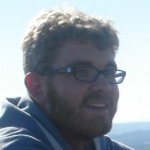 Poet, critic, scholar, playwright, and translator Dr. Lytton Smith joins the department as Assistant Professor. He comes to us from the University of Hertfordshire, where he was Lecturer in Creative Writing. At Columbia University, he was awarded M.A., M.Phil., and Ph.D. degrees in English and Comparative Literature, and an M.F.A. in Creative Writing. He holds a B.A. in English from University College, London.

Professor Smith is the author of several collections of poetry, most recently While You Were Approaching the Spectacle and Before You Were Transformed By It (2013). His poetry has appeared in such places as The Atlantic, Boston Review, Colorado Review, Denver Quarterly, Greensboro Review, Laurel Review, and Tin House. His collection The All-Purpose Magical Tent won the Nightboat Prize in 2008.

Professor Smith’s critical writings focus on citizenship as well as poetry; he has an essay forthcoming in the volume In the Air: The Poetry of Peter Gizzi (Wesleyan University Press) and writes a monthly column for the Los Angeles Review of Books. He has authored two plays, and he wrote and co-produced the 2007 film Howard’s Way, a documentary about the poet Richard Howard.

At SUNY Geneseo, Professor Smith will teach classes on general creative writing, the writing of poetry, literature, and humanities. 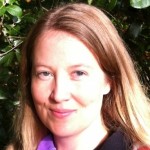 Dr. Jess R. Fenn joins the department as Lecturer. She was most recently Visiting Assistant Professor in Medieval Literature and Culture at Birkbeck College, School of Arts, University of London. She holds M.A., M.Phil., and Ph.D. degrees in English and Comparative Literature from Columbia University, where she specialized in the literature of late medieval England. She also holds an M.A.T. from Hollins University and a B.A. from Swarthmore College.

Professor Fenn has published scholarly work on Geoffrey Chaucer in Studies in Philology (2013). Her short fiction has appeared in such places as Versal, PANK Magazine, and Flash: The International Short-Story Magazine. Her nonfiction work “Where We Went and What We Did There” won the Gulf Coast Prize in Nonfiction in 2013. 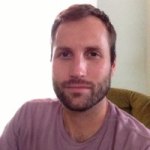 Professor West’s creative work has appeared in such places as Fugue, Wag’s Revue,, Spittoon, The Baltimore Review, PANK, and Prime Number Magazine. He has served as editor and columnist for THIS Literary Magazine

At SUNY Geneseo, Professor West will teach courses in general creative writing and literature. In addition, he will help oversee the department’s new requirement in self-reflective advising.

Irene Belyakov has been Lecturer and Coordinator of the English as a Second Language program at SUNY Geneseo since 2000. As a new member of the English department, she will continue in these responsibilities.

Professor Belyakov teaches courses on ESOL and offers workshops through Geneseo’s Teaching and Learning Center to educate faculty and staff about second language development. As we recently reported, she is the recipient of the Harter Endowment for Faculty Mentoring Award.

Dr. Christopher Guyol joins the department as Adjunct Lecturer in English. He holds B.A. and Ph.D. degrees in History, as well as a B.A. in Mathematics, from the University of Rochester, and an M.A. in Medieval History from the University of York. At SUNY Geneseo, Professor Guyol will teach courses in humanities.

Christopher Anderson is a Ph.D. candidate in Near Eastern and Judaic Studies at Brandeis University. He holds M.A. and M.Div. degrees from Gordon-Conwell Theological Seminary and a B.A. from Grove City College. At SUNY Geneseo, he will teach courses in first-year writing.

A few things that our faculty, students, and alumni have been up to recently:

At the annual meeting of the Dante Society of America this past weekend (May 17), Distinguished Teaching Professor Ron Herzman participated in a panel titled “Dante in the Classroom and the Community.” He was joined on the panel by Terry Quinn, Barbara Rosenblitt, and William Stephany. The panelists discussed how they’ve used Dante in their teaching and in presentations to non-academic audiences.

Since 1999, Herzman and Stephany have together organized ten NEH-funded seminars on Dante’s Commedia in Siena, Italy.