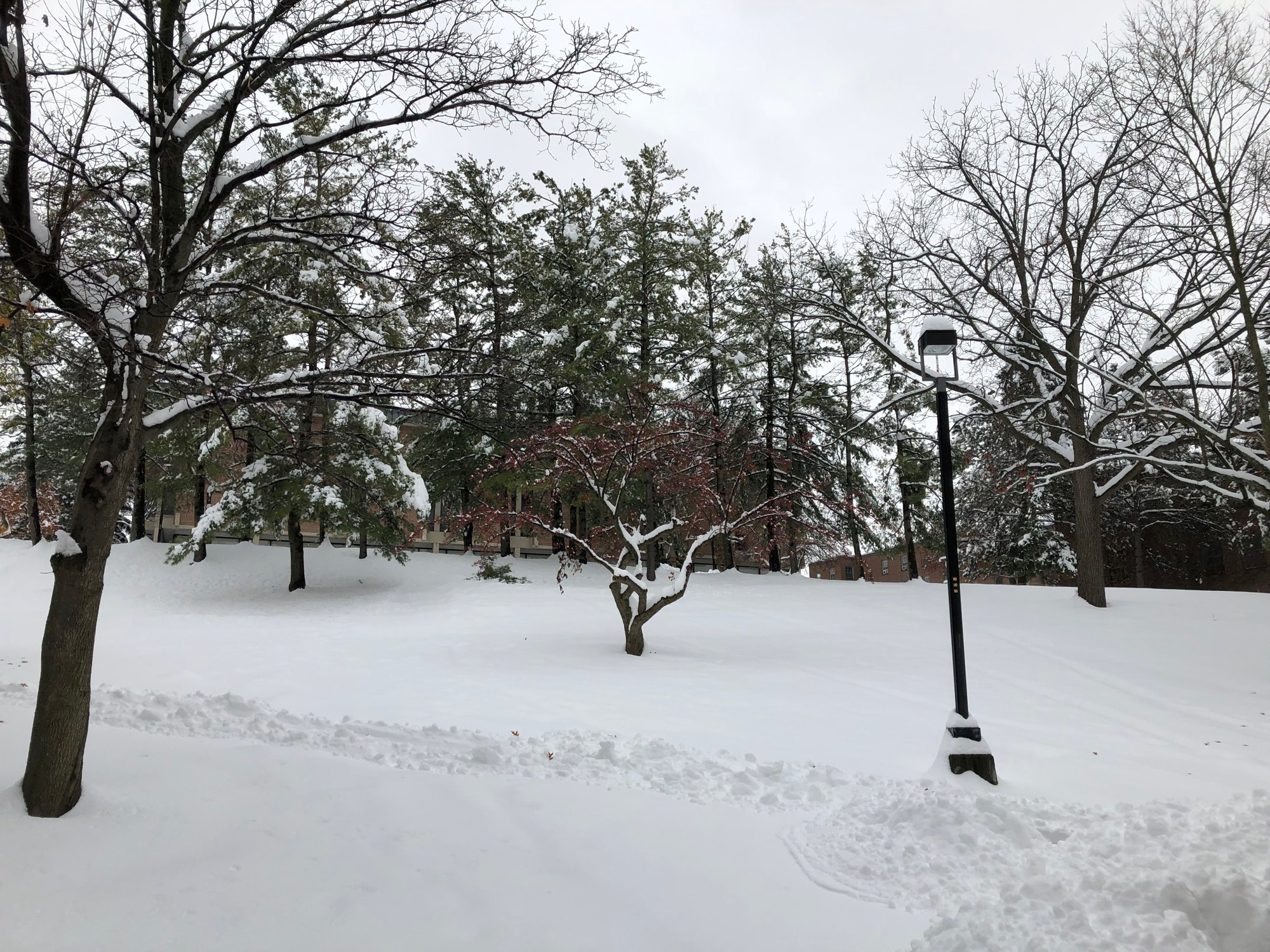 The first snowfall at Geneseo, in which enough snow accumulated on the ground to reach halfway up my calf, was accompanied by mixed feelings among the student population. Two girls were giggling near the College Union, engaged in a snowball war. From my window I could see students sledding down the hill outside of my dorm on milk crates. Contrarily, my roommate declared that she is “boycotting outside” while my friend from Maryland experienced a self-proclaimed existential crisis when witnessing snow fall in the month of November for the first time. And me? My concern lay with the squirrels.

From the moment I arrived on campus, the squirrels fascinated me. At home on Long Island, they are skittish and light in color. The squirrels here are much darker, and possess a shocking amount of courage. They openly rummage through garbage cans and approach students. I once found myself locked an intense stalemate while attempting to enter Jones Hall. A squirrel sat in the doorway, and every time I attempted to move forward it shifted to block my path. Eventually it grew bored and left, but I always ensure that I exercise caution around the little critters.

There had been no sign of the squirrels during the first day after it snowed. I grew worried, as I now consider them to be an integral part of the campus environment. Once students emerged from their warm shelter and began to trudge through the snow, Geneseo appeared to be inhabited again with paths forged by footprints covering the campus. The squirrels returned too, though in fewer numbers than usual. They dart in and out of craters created by boots in search of food and shelter. It is true that the local community depends upon Geneseo, and sometimes, it is not only the humans!          — Alyssa